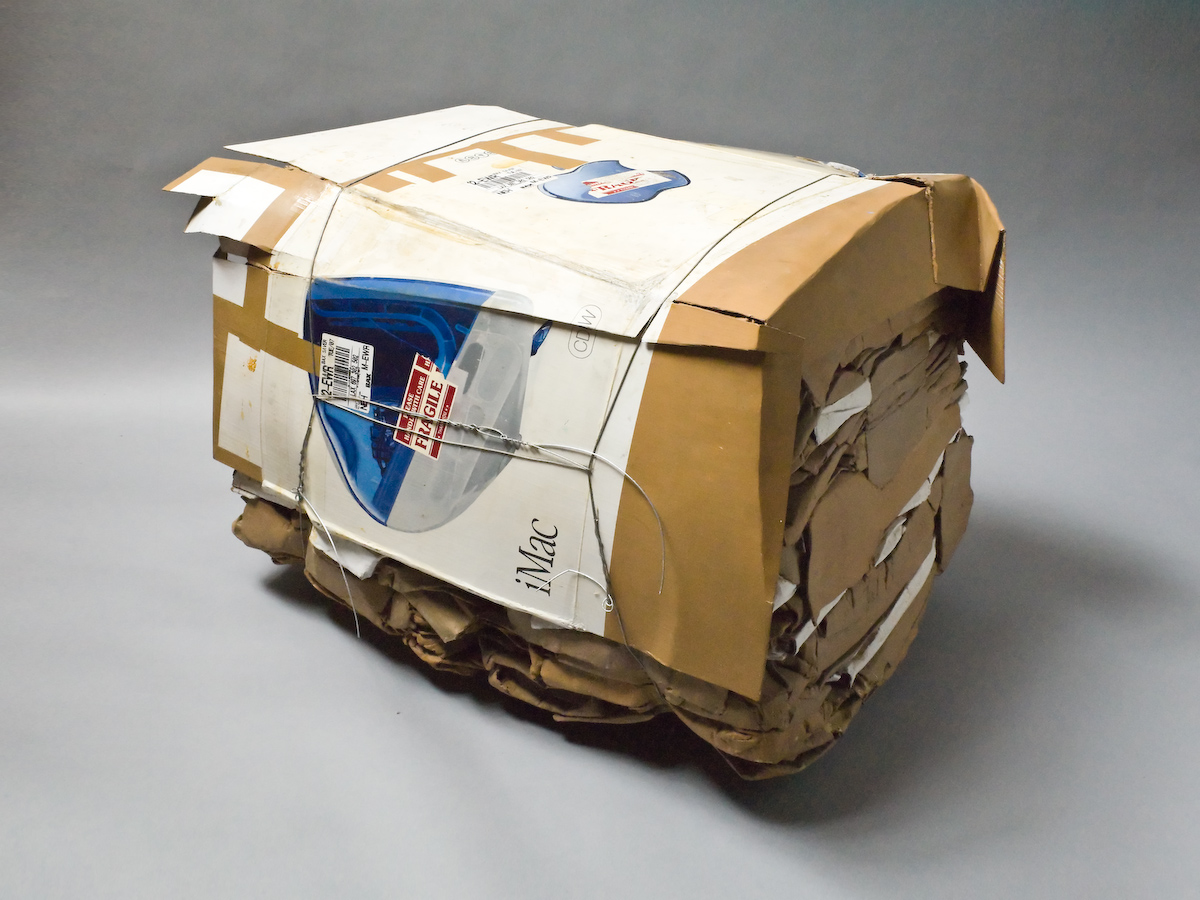 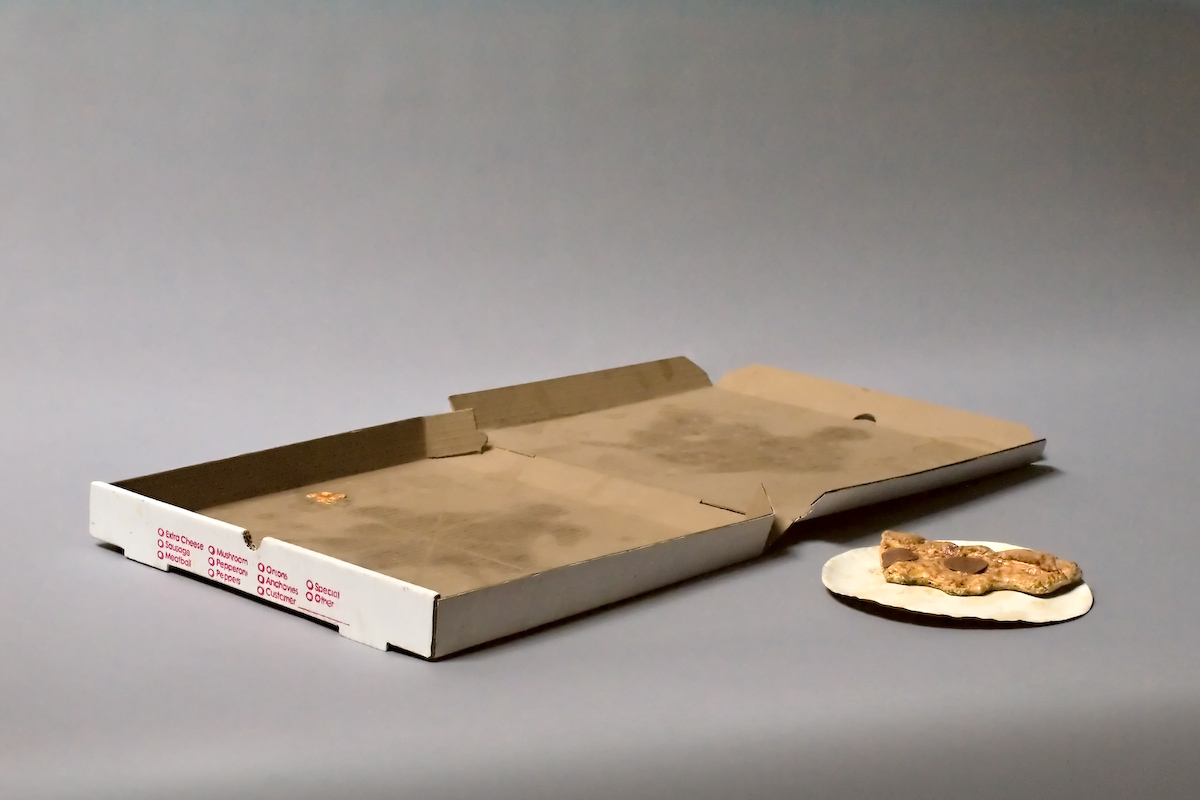 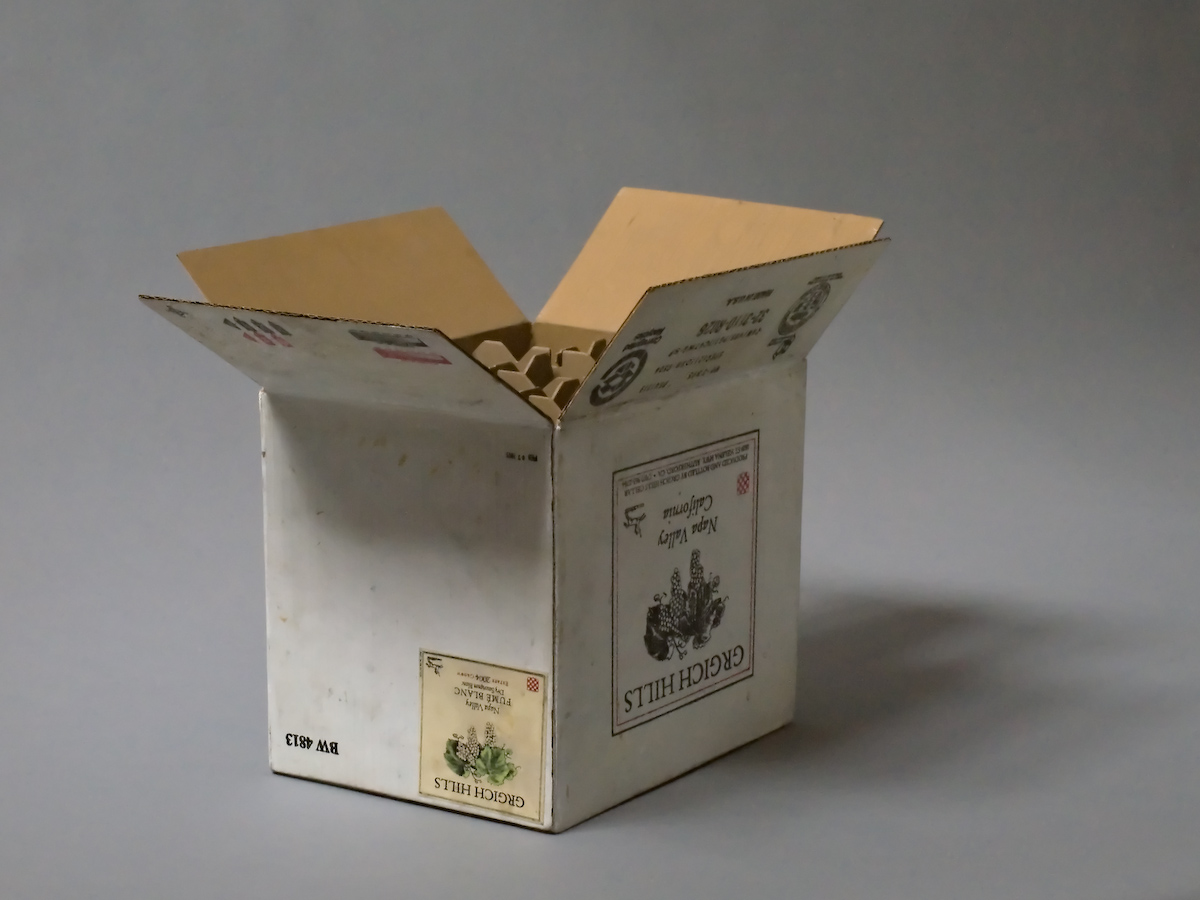 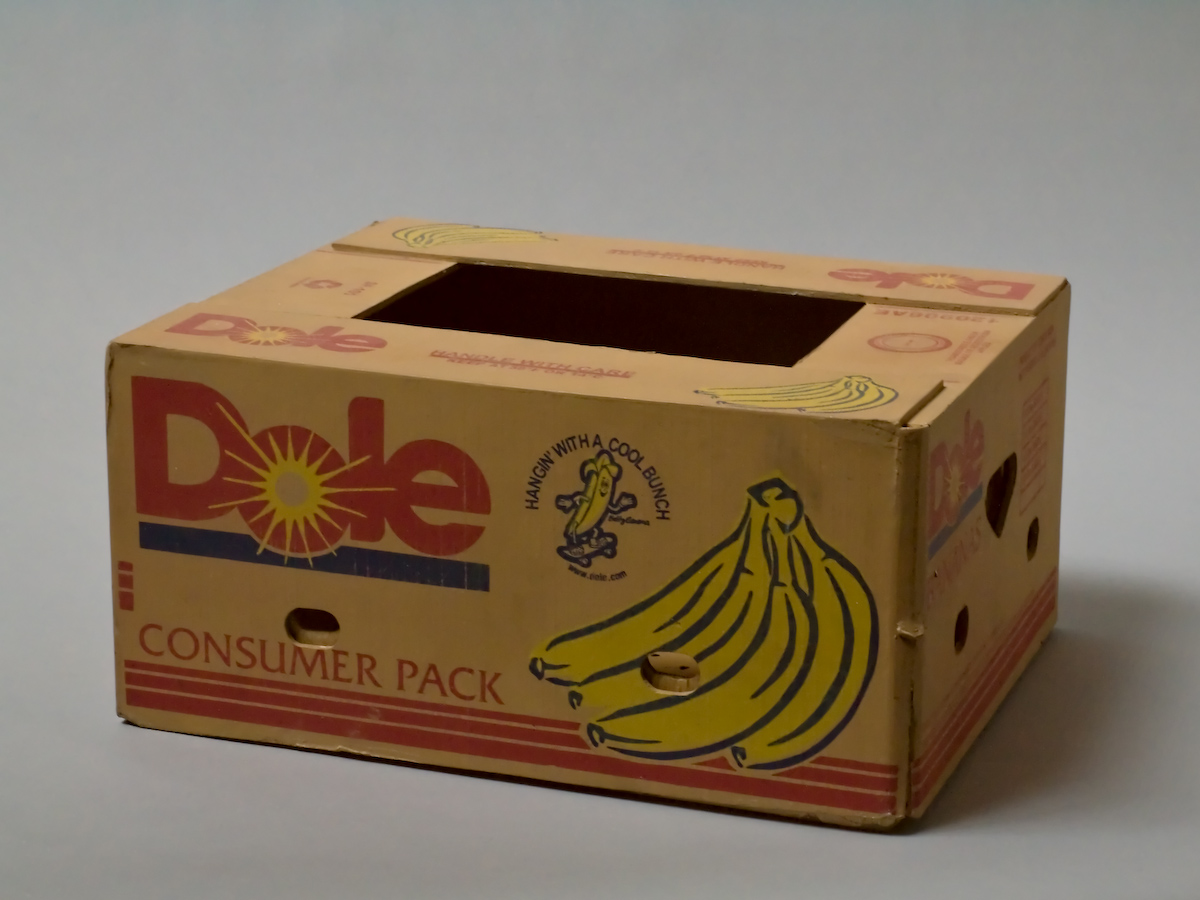 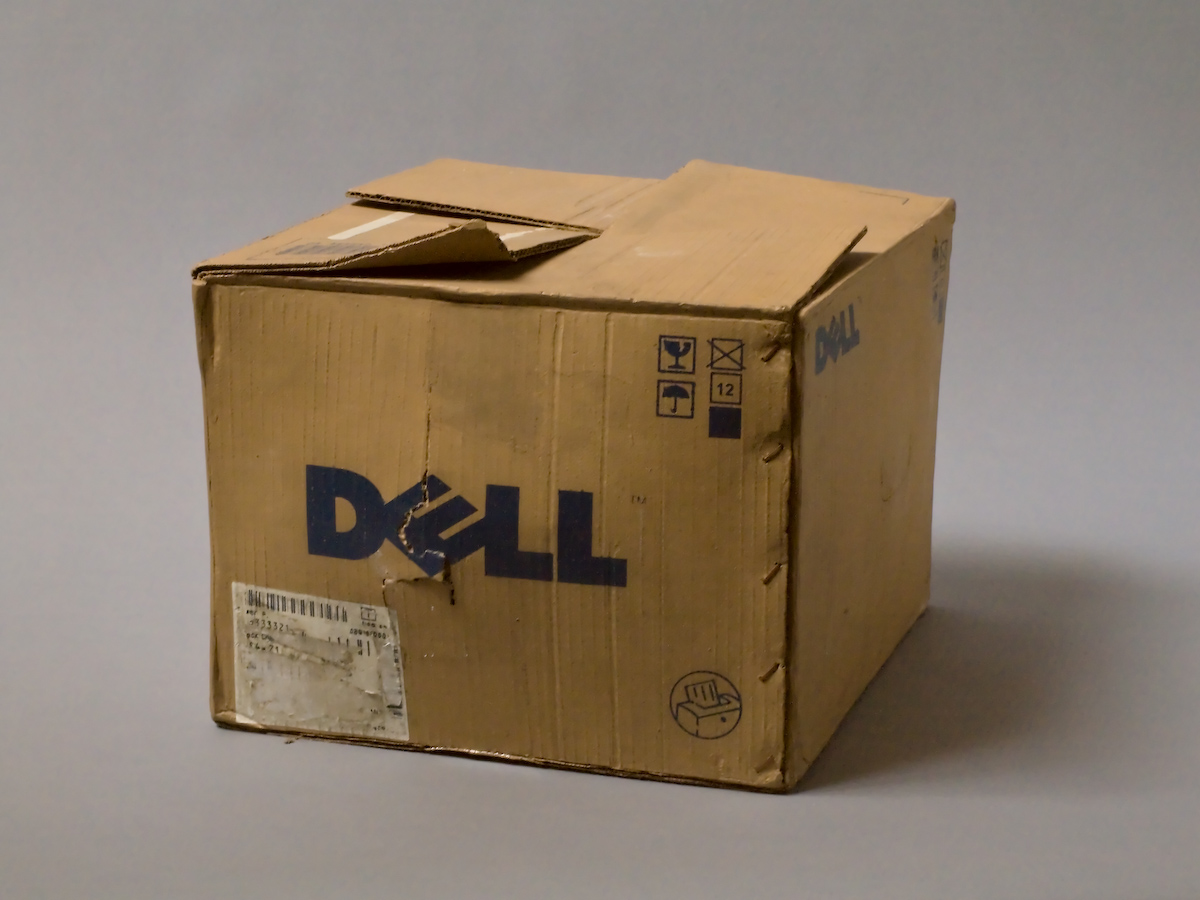 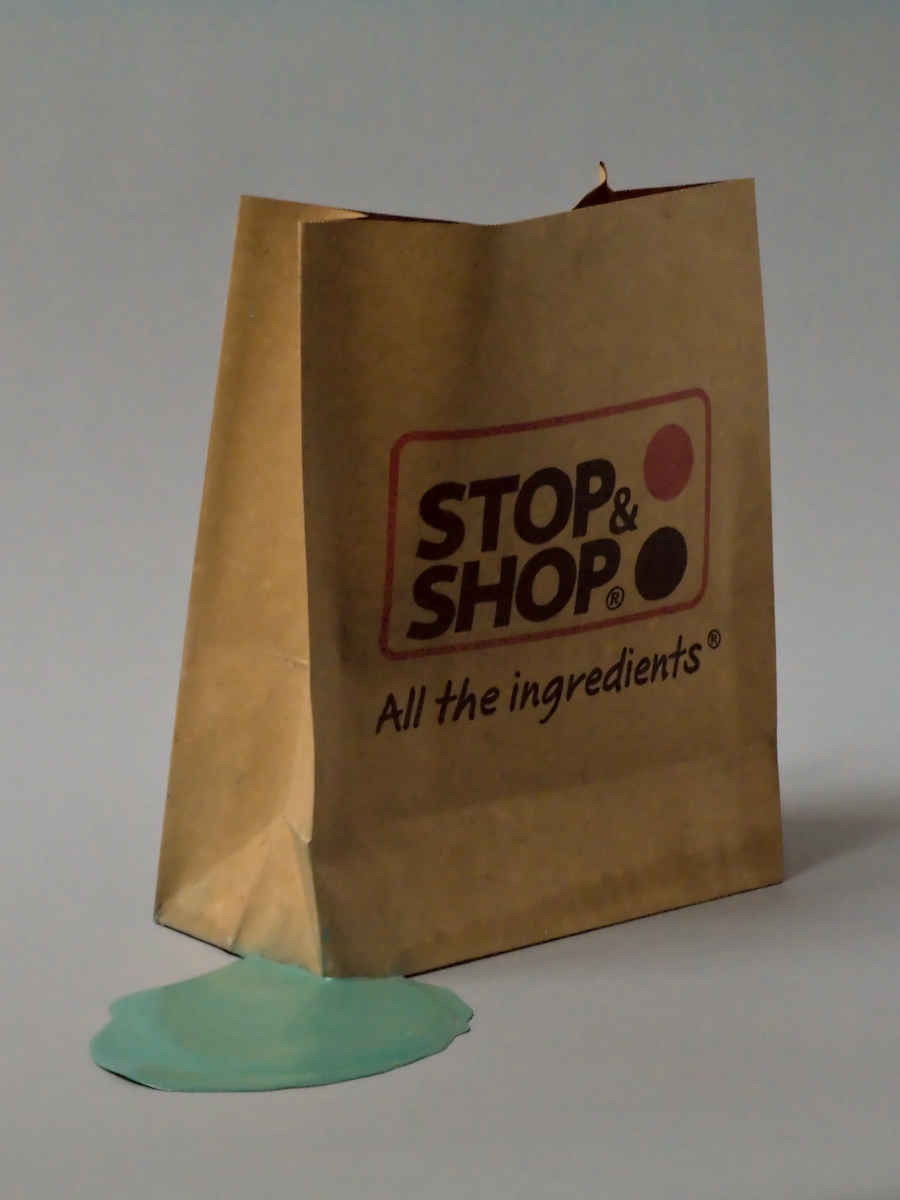 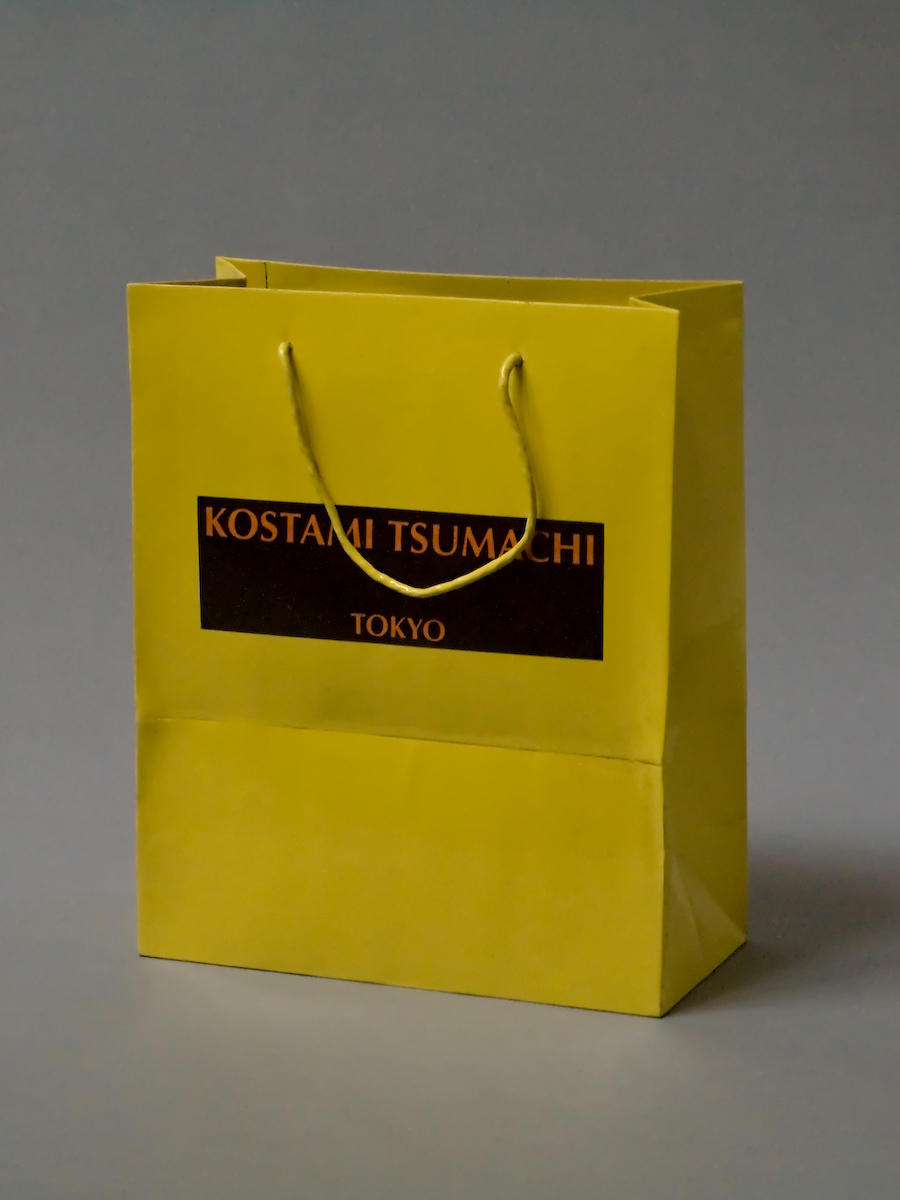 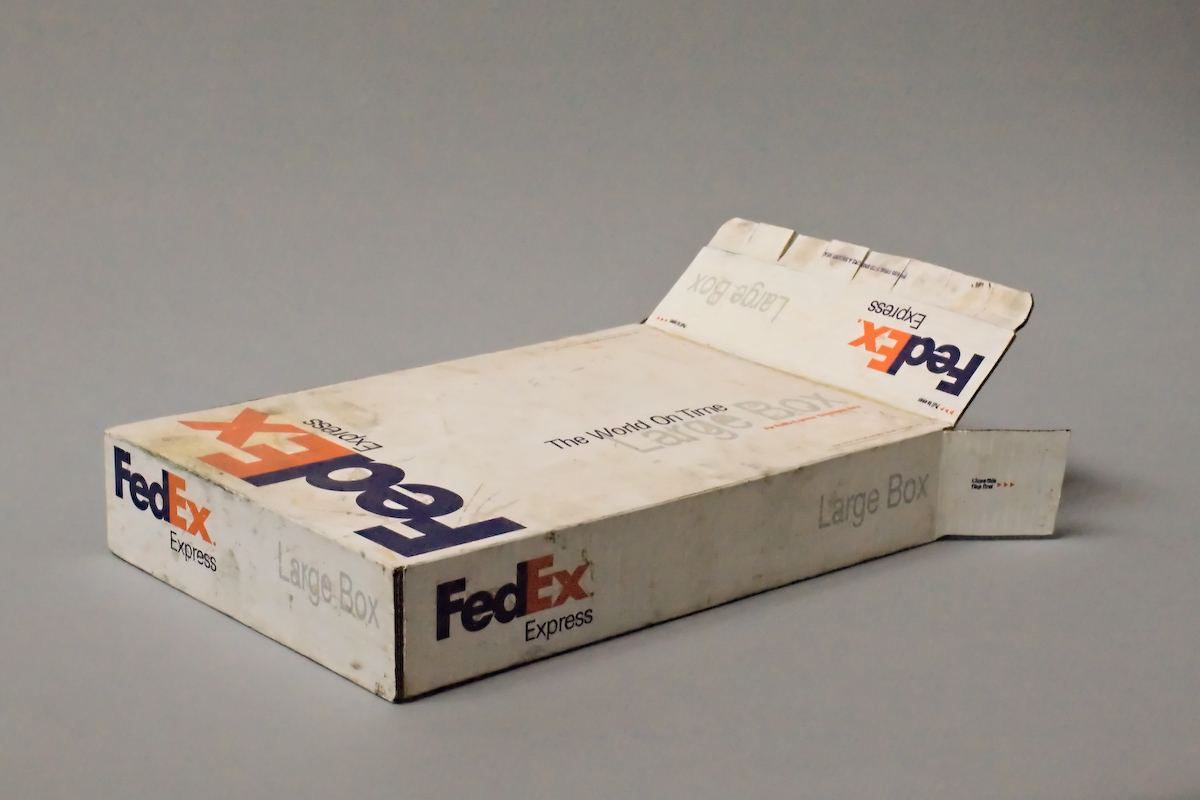 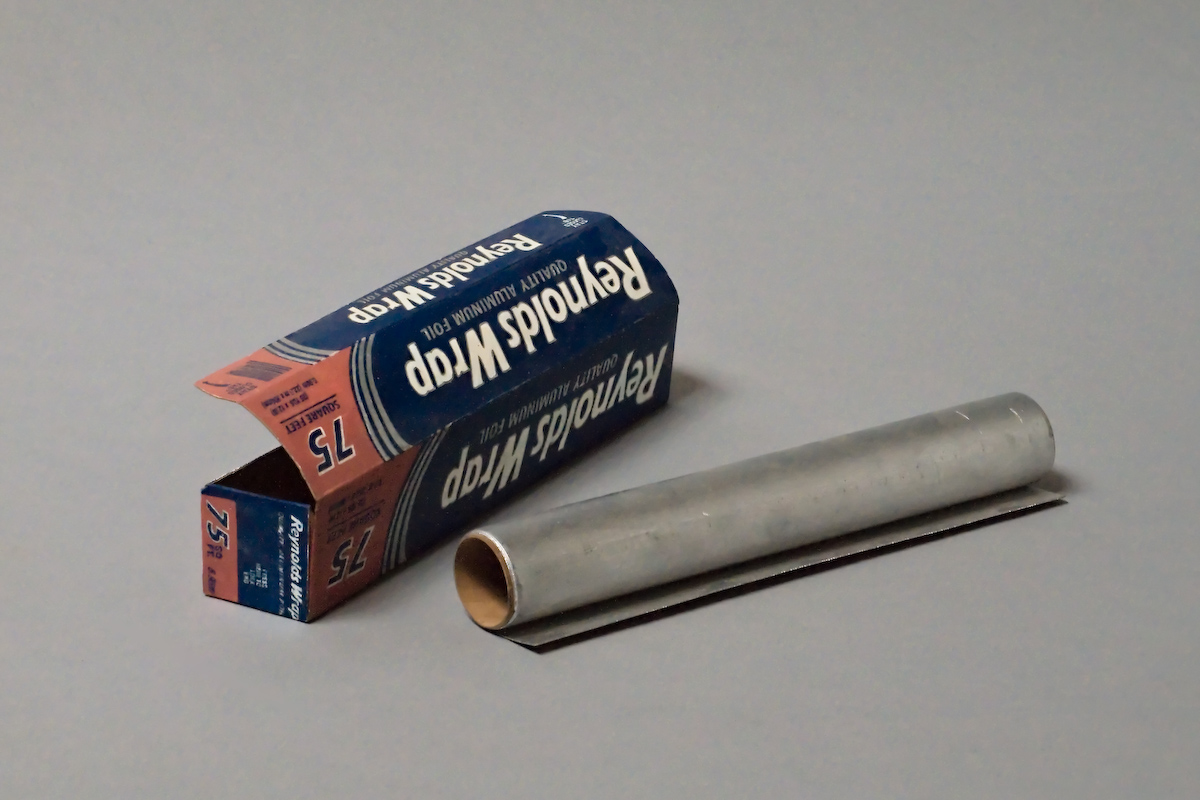 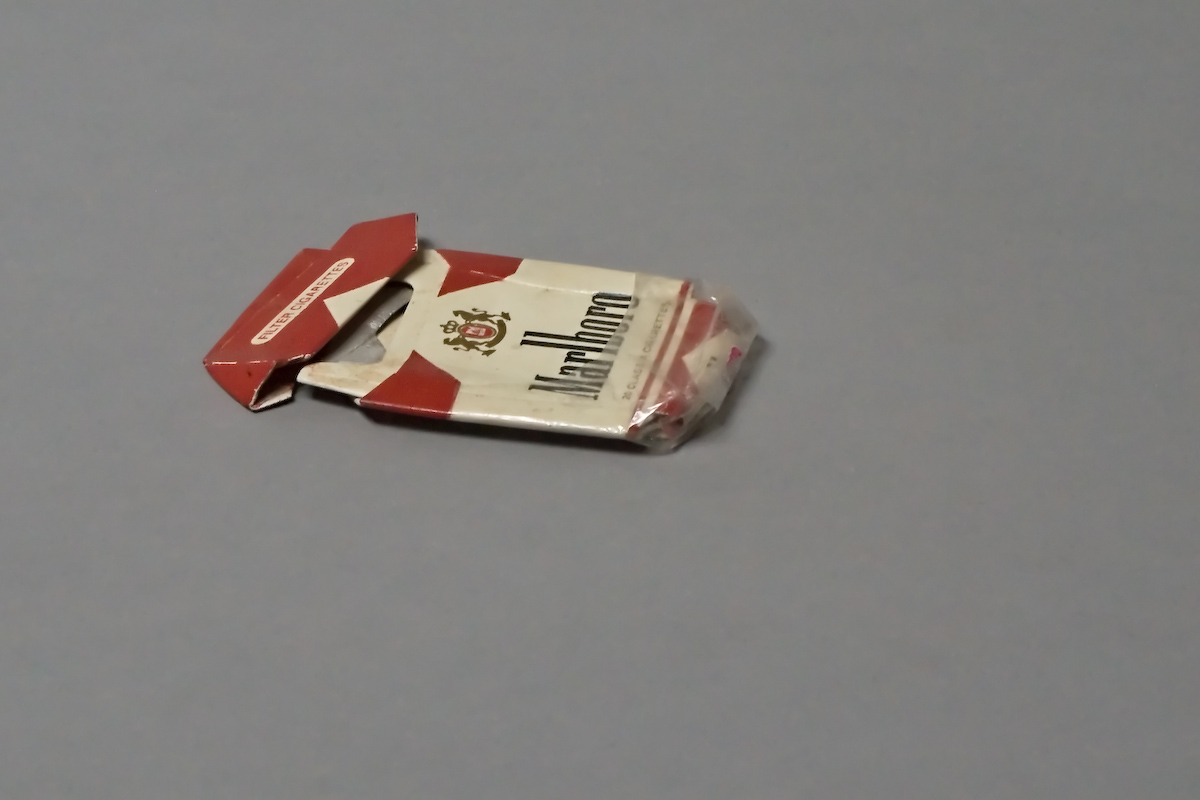 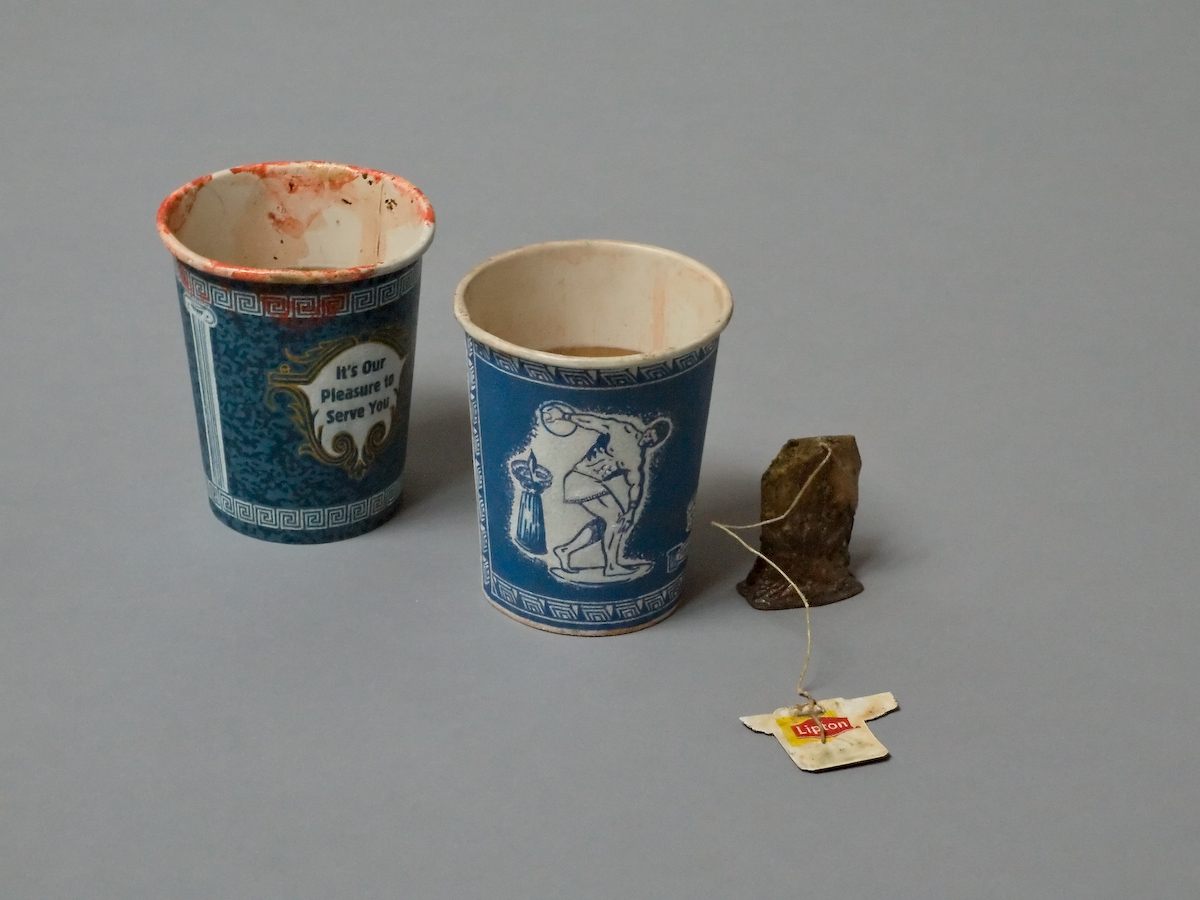 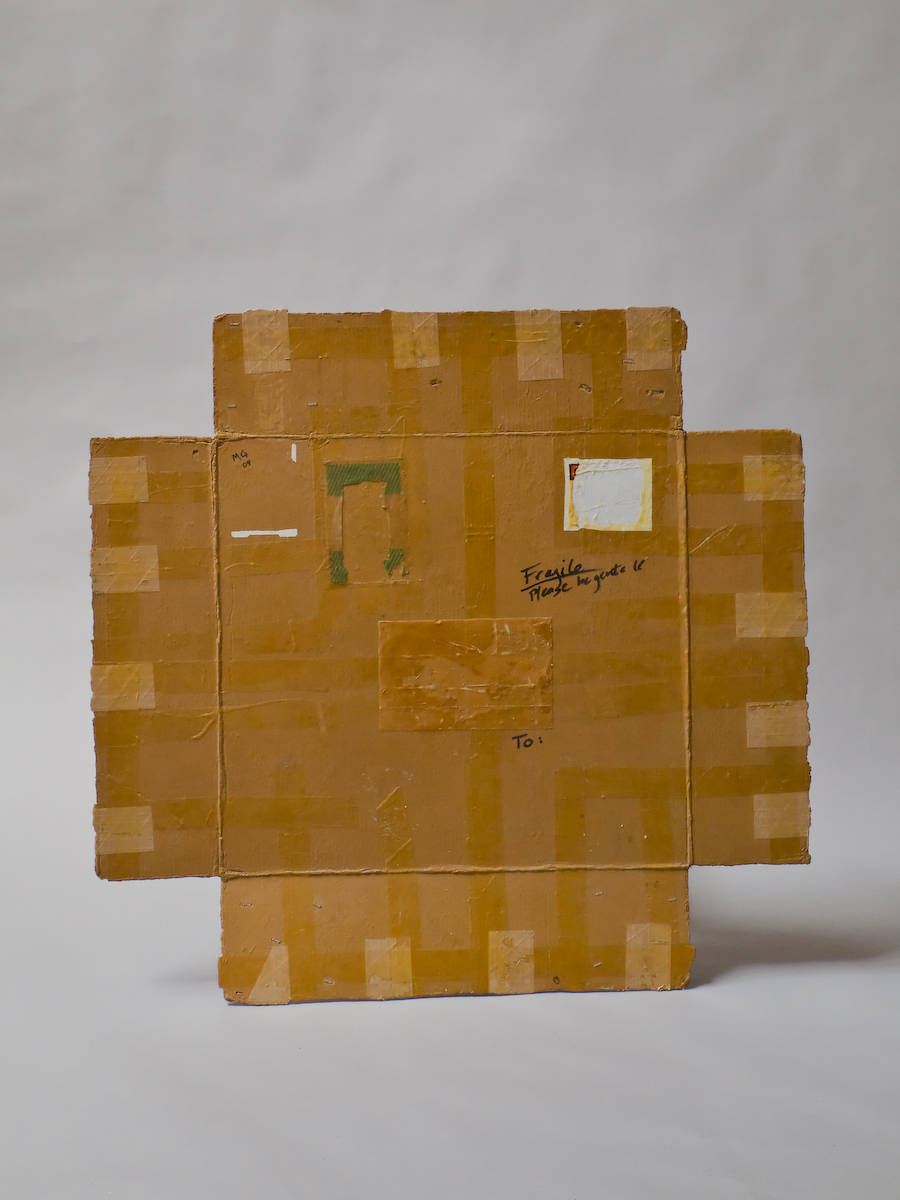 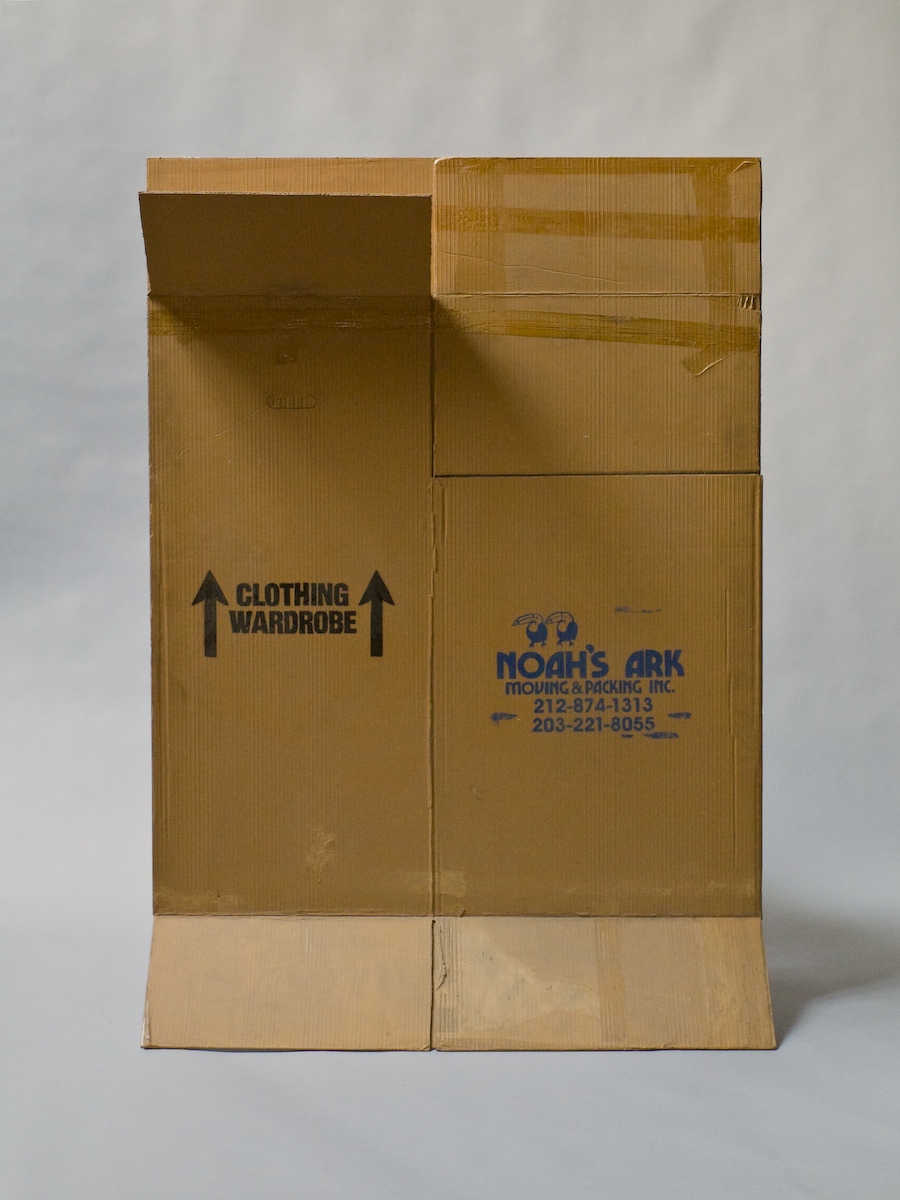 These wooden sculptures depicting cardboard and paper products are the physical manifestation of a conceptual project (see PDF) that comments on the nature of collecting, and the phenomenon of assigning price to things that have no intrinsic value. A baseball costs $5, but the one that Mark McGuire hit for his 70th home run in 1999 sold for $3 million. Similarly, the “boxes” have no value until their provenance is understood, at which point their nexus to fame or celebrity makes them desirable objects to own, at which point the laws of supply and demand dictate “value.”

Andy Warhol’s most transformative contribution to the art world involves his silk screens. Experts have differed as to his initial use of this technique, some incorrectly claiming that his superhero images of the 1950s (which were painted by hand for a department store display) were the first. The Warhol Foundation assigns the distinction to his one-dollar and two-dollar bill paintings of early 1962, followed by portraits of Troy Donahue, Marilyn Monroe, Elvis Presley, Elizabeth Taylor, and Marlon Brando in quick succession thereafter. We now know this to be partially true.

Gerard Malanga (Fig. 62), Warhol’s assistant, has until now been acknowledged as having helped from the Taylor print on. Dissatisfied with what he referred to as “the meager output my own hand would allow,” Warhol was struggling at the time to come up with a new way of mass-producing his imagery. Silkscreen seemed to provide the perfect opportunity and Malanga, who worked as a screen printer for a textile firm, had vast experience in the technique. Malanga observed Warhol’s fledgling attempts with the technique (which he was introduced to by Floriano Vecchi) and was invited to demonstrate his process with a project they worked on together. 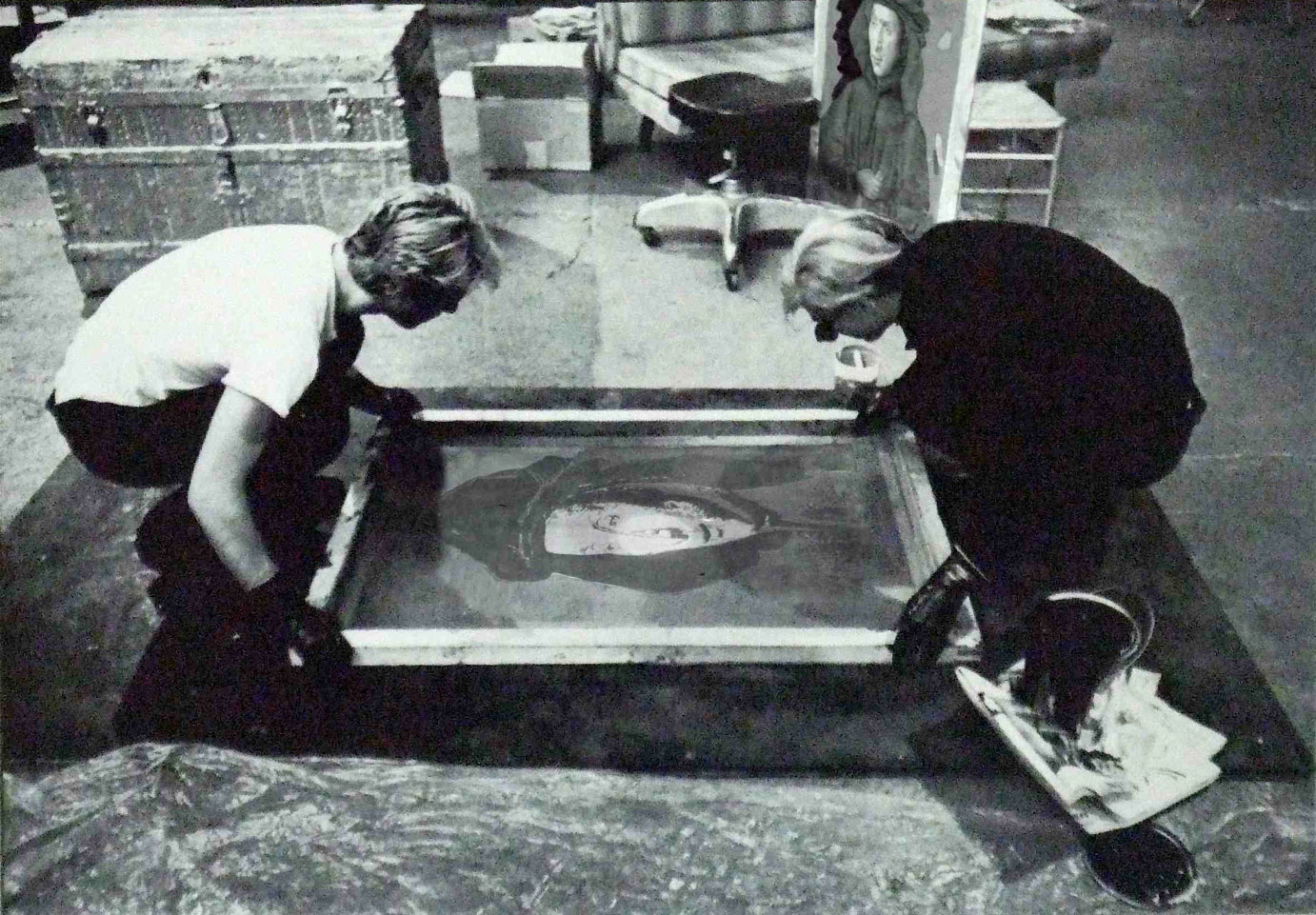 When Malanga first came to the “Factory” in 1961 Warhol was working on a copy of Jan Van Eyck’s portrait of Giovanni Arnolfini at the behest of his friend and flea market shopping partner, Stuart Pivar. Pivar had bought a 15th century Netherlandish frame and wanted a copy made of a painting for which it would have looked like it originally belonged. (Pivar later gained prominence in the art world as the founder of the New York Academy of Art, and was a forceful advocate for academic training of artists. He even enticed Warhol to become involved in his fledgling school, which was established as a throwback to the French Academic system of training artists.)

Correspondence between the two (including one artifact in this lot) reveals that Warhol was dissatisfied with his own artistic training and longed for the ability to render form with the precision of classically trained painters. Like many artists indoctrinated under the oppressive orthodoxy of Modernism, Warhol had closeted realist tendencies, as evidenced by the exquisite copy of the Van Eyck that anchors this collection.

This group is a treasure trove that, perhaps like none before it, allows a peak inside Warhol’s thought process. First we see the stunning copy of the Van Eyck painted on the back of the cardboard container (fig 63) in which Pivar had delivered a poster of the original work to Warhol. It is not known if the painting on cardboard was a study for a future work for the frame or perhaps an anti-establishmentarian statement by the artist implying that Pivar needed to lighten up and embrace modern art. While the painting has been stabilized through modern conservation techniques, it was apparently executed without regard to its permanence in a sheer act of spontaneous bravura. The patches of screen ink applied directly onto it (in order to choose colors for the subsequent silkscreen version of the image) seem to indicate that he intended the work as a study. 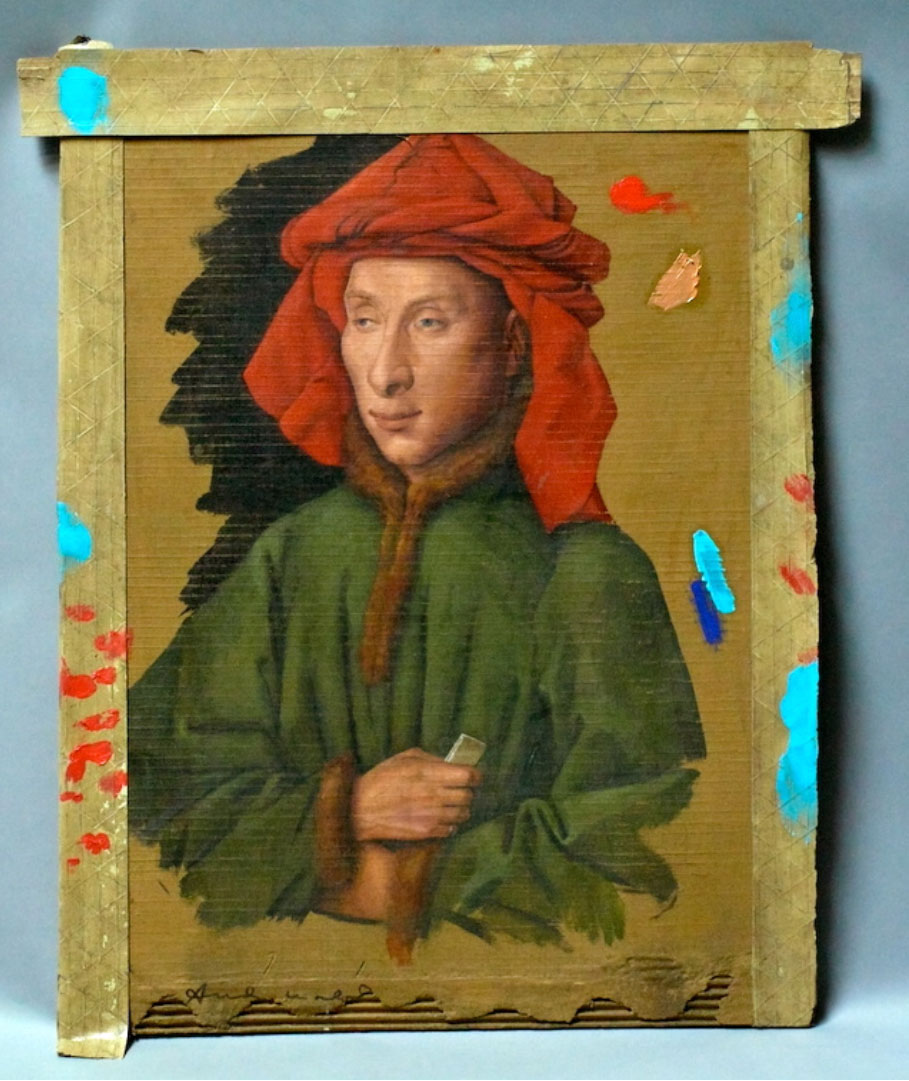 The lot also includes two sketchpad pages in Warhol’s hand. The first is a small sheet from a spiral binder that works out, in crayon, the dimensions of the silkscreen (fig 64). The second is a line drawing of the Van Eyck on newsprint with a fascinating note to Pivar. In it, Warhol alludes to the frustrations he is feeling about his drawing abilities. The moment marks a pivotal when, had Warhol persevered down a path of more academic art, the art world would be a very different beast than it is today.

Finally, there is The Arnolfini Portrait silkscreen (Fig. 66). The dynamics of the collaboration between Warhol and Malanga are unknown, but the under-painting has been over-painted multiple times followed by at least four separate passes – of three different colors, of screen ink. It is clear that Warhol and Malanga were working out the process that would ultimately lead to the streamlined, iconic images to follow. In fact, comparison with the previously first known old-master appropriation portrait, da Vinci’s Mona Lisa, shows that the kinks were worked out in a short matter of time.

As with their later silkscreen portraits, Warhol and Malanga painted graphic color shapes by hand on the Van Eyck image (of Giovanni Arnolfini, best known as the groom in the famous wedding portrait) before adding several passes of silkscreen. But unlike the other early portraits or the dollar bills, they used only colored pigments and no black in the multiple screen passes. This was an aesthetic that Warhol would later occasionally revisit. Close examination shows a significant amount of struggle within the execution of the work, in contrast to the seemingly effortless outflow that followed. What is clear is that the simplicity of the post 1961 works benefited from this earlier experimentation with process.

Pivar saw the recently set-aside work on a day that he came to the factory to present Warhol with a 1957 brush pottery panda bear cookie jar. With Warhol’s consent, he took it from the Factory to his home in the Café des Artists where it was displayed – unframed and hung with thumbtacks above a fireplace mantle- until his decorating tastes turned back toward the Middle Ages. Thereafter, it remained rolled up in the back of his closet for over forty-five years.

Two copies of the Silkscreen are known to exist. The Pivar print was displayed at the 2009 exhibition, “The Discarded,” at Taylor Museum in Colorado Springs. A second copy of the silkscreen surfaced two months later at a taping of PBS’s Antique Roadshow (Fig 67), and is the version included in this lot. 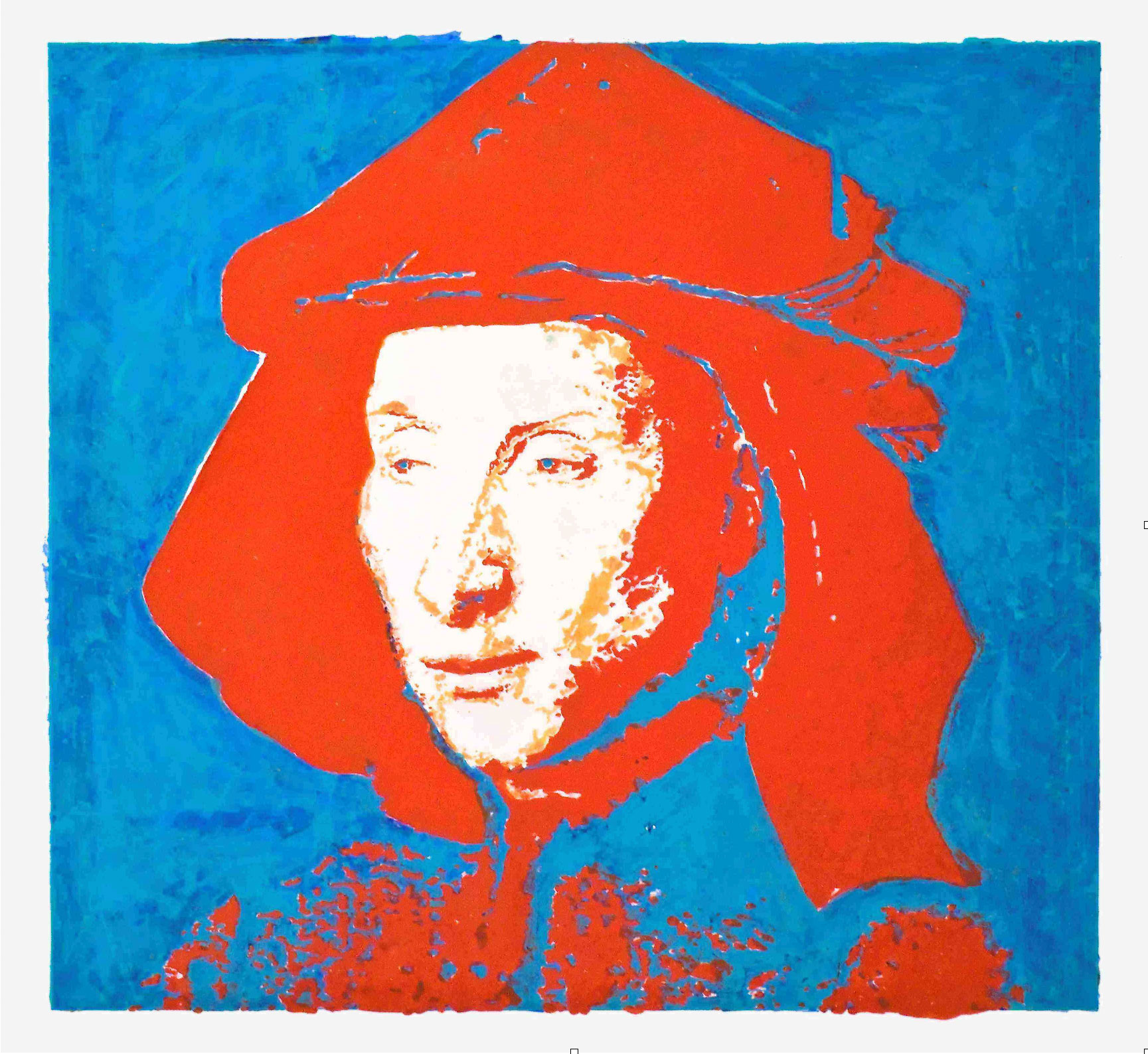 The first copy is now the subject of a custody dispute and currently hangs in a private collection in Boston. The second copy reveals even more of the artistic process, the most fascinating aspect being the transferred newspaper text and images embedded in the paint of the print. The print was found in the basement of a Washington Square Park brownstone, rolled up in the same newspaper pages that were used to absorb paint from the surface of the image, by a Clean Out and Disposals contractor named Timothy Bochanowski. What is surmised is that Warhol and Malanga were using an overly porous screen that allowed too much paint to pass through onto the surface of the print. The newspaper was likely used to blot the excess paint from the surface of the print, and has left us with a haunting negative-ghost-image of the print. 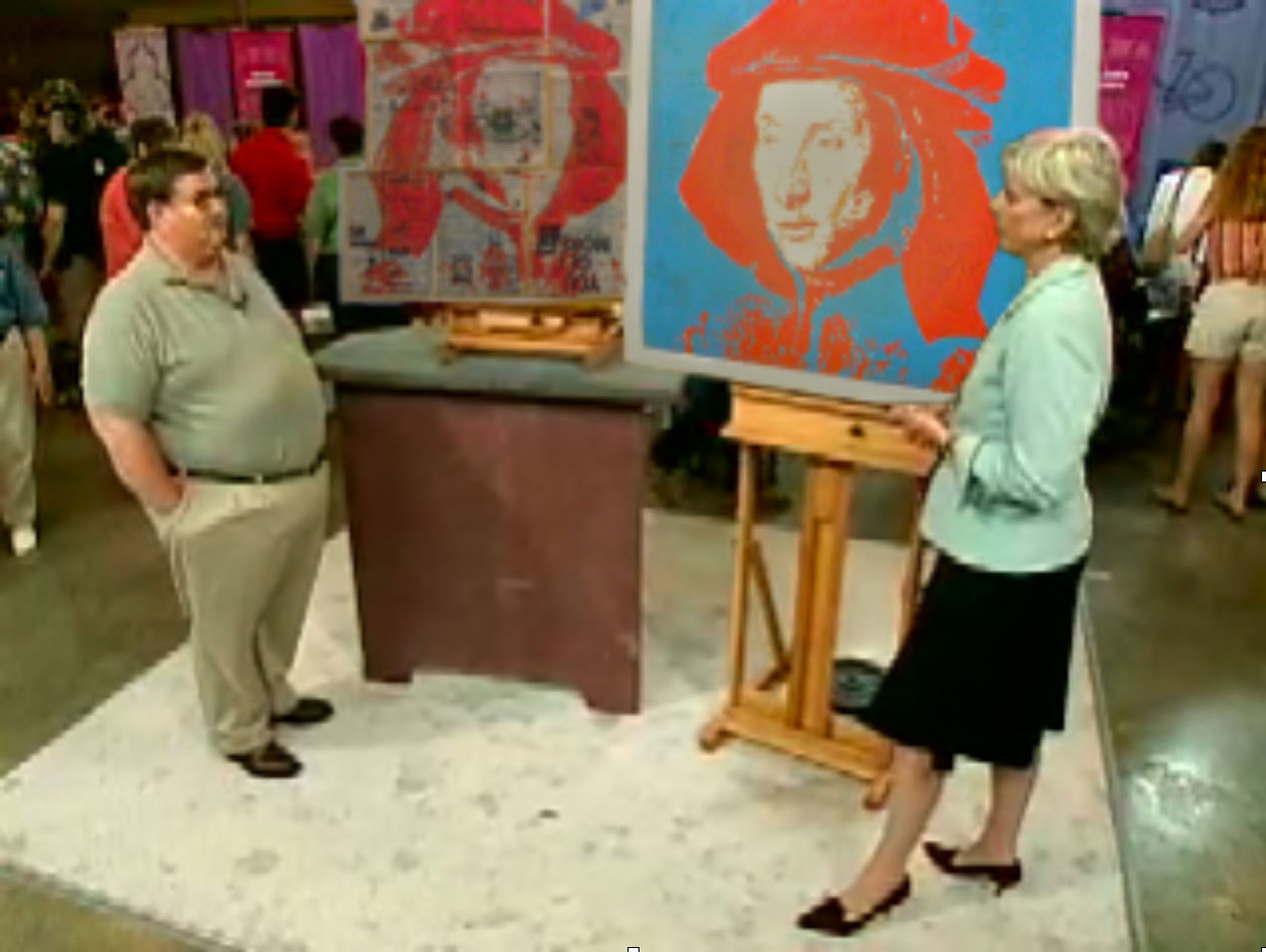 Finally, a message, apparently in Malanga’s hand, is scrawled in the center of the red ghost print. It is a suggestion to Warhol (who he affectionately addressed with the Anarchy symbol) that they pursue an idea of making an artwork using the image of a Heinz bean can. Ever the master appropriator, Warhol seems to have hence come up with the idea for the iconic Campbell’s soup cans of the following year that are acknowledged to be the beginning of Pop Art.